Welcome to the Dwell exhibition and book. For a whole month we will be taking each artist's page and transforming it into a 3 dimensional dwelling. Each one of these small sculptures will be exhibited in public on the London streets. 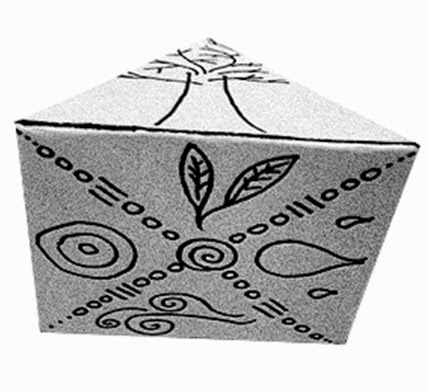 Today's paper sculpture comes from Jay Snelling in the form of this neat square-based pyramid.
Jay first exhibited with Collect Connect in the Fab Fridge show at the Bath Festival last year.
Jay is 'a teacher and a doodler' and now we can say Jay is a sculptor too!

Jay's net was placed on a tree alongside the Regents canal on the way to Victoria Park. 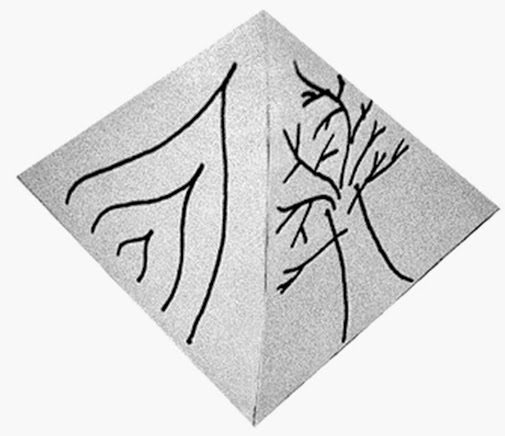 Each side of the pyramid has a different image on it and I chose to photograph the pyramid with the starry side  to the fore. The different images on each face of Jay's pyramid remind me of the idea that four of the five regular space filling solids (also known as the platonic solids) namely the tetrahedron, cube, octahedron, and icosahedron are associated with the four elements, respectively fire, earth, air and water. (The fifth solid, the dodecahedron will be featured in later posts). Jay's pyramid is half an octahedron whilst the tetrahedron is a four sided pyramid made up of four triangular faces.
'Pyramid' is a fun net to construct and you can colour each side in however you like. 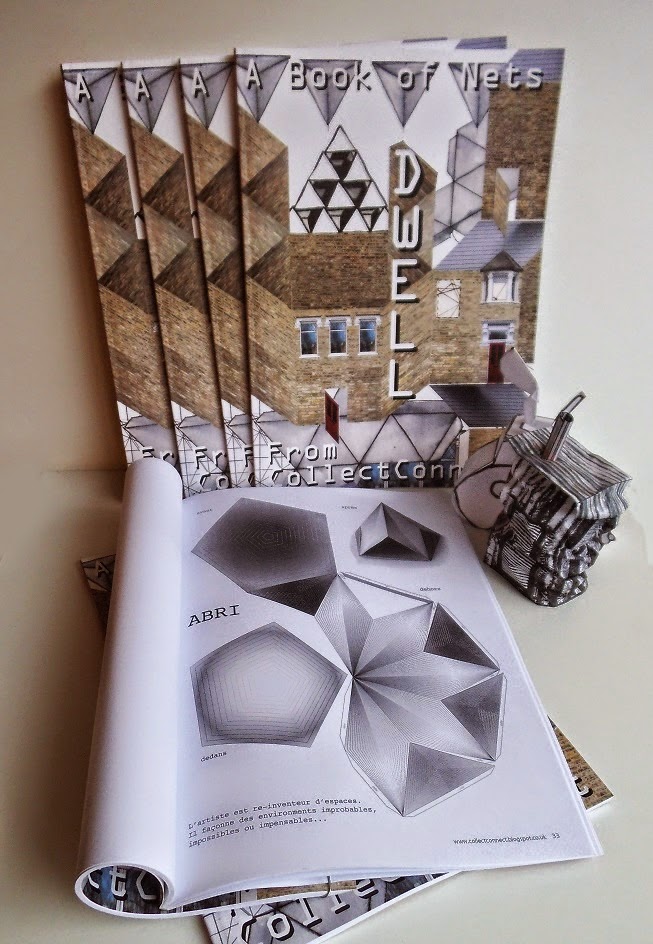 Don't forget to have a look at the next Collect Connect project, 'The Art of Caring' exhibition at The Rose Theatre in Kingston-upon-Thames. The theme is Caring/Care and it is FREE to enter.

To buy the Dwell Book for £6 then follow this LINK.

Posted by Collect Connect at 00:12