Welcome to Sentinel Trees, an exhibition of miniature art works from 13 artists and 9 authors.
We are excited and pleased to be part of the Urban Tree Festival 2020.https://urbantreefestival.org/

Watchful Trees,
Guardian bark,
Holding humanity from its earliest years,
Sheltering them beneath its leaves.

The eyes of nature watched,
Ensuring our survival,
A parent holding a child in its embrace,
Minding our steps with her gaze.

We tear down her buttresses,
Blind her Eyes,
Repay her kindness with steel and fire,
And soon the guard shall end,
Of those Watchful Trees

Kim is a regular walker in Epping forest. 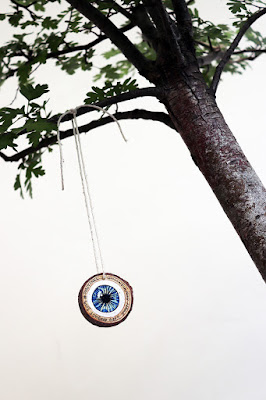 Alban Low is involved in many creative projects, these include album artwork, publishing chapbooks, making films, maps, conceptual exhibitions, live performance and good old drawing. He is artist-in-residence at the School of Nursing, Faculty of Health, Social Care and Education at Kingston University and St George's University of London. Low spends his evenings in the jazz clubs of London where he captures the exhilaration of live performances in his sketchbook. On Wednesday evenings he sketches the performers on the radio show A World in London at Resonance FM. During the 2020 Lockdown he made his first radio programme, The All Vinyl A to Z of Africa.
http://albanlow.com/

Jack is an artist collaborating with Alban for Sentinel Trees.

A good tree for bonsai due to its small leaves and vigorous response to pruning. This specimen is a large bonsai which has yet to produce flowers.
The Hawthorn is a small tree often used in hedging and has wicked thorns and bright red 'haws' (berries). It is also known as the May tree and has prolific, scented blossom in Spring. It is very hardy and often survives in remote and wild landscapes as well as city streets.

Ed Arantus first published his work in the Censored Zine (July 2010) and has exhibited his work ever since at venues like the Contemporary Arts Research Unit in Oxford (2014). He has written for the last two #Unsettledgallery CollectConnect exhibitions, Small World Futures and Love Tokens & Bad Pennies.
http://edarantus.blogspot.co.uk/ 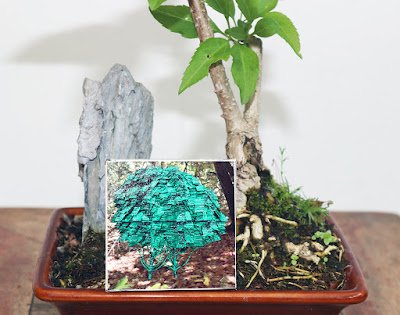 Bryan is a founder member of Collect Connect and a member of the London Group.
http://www.thelondongroup.com/bryan-benge/
http://www.bryanbenge.co.uk/

This small bonsai was grown from a cutting from a Forsythia in my parents' garden. The super bright yellow flowers appear early and many of these small trees, native to Eastern Asia, can be found in British gardens. The tree is named after the Scottish botanist, William Forsyth.
Birds such as sparrows seem to love Forsythia which can develop scruffy, dense, twig formations perfect for small birds.

Posted by Collect Connect at 02:02