It seemed like a great way to cut down on workload so of course they bought a load, programmed them with the mission statement and released them at the Monday meeting. People seemed to quite enjoy it – it was something different and of course anything to save time.


They worked well at first, reminding pupils and staff of key points. The DON’T TIP ON YOUR CHAIR message was really helpful and saved valuable minutes. Average progress scores increased by 5%, staff engagement with data improved and messages were transmitted in a fun and effective way.


Then something went wrong. Some said it was IT support (as usual) and others suspected the geography department of programming them to control entire lessons and they’d never been meant for that. The problem was, it got to the stage where you could never quite tell where they’d turn up or what they would say when they got there.


The PROGRESS SCORE reminder turned itself into GROPE ROSES. Teachers just laughed and failed to engage with the development plan. BOOK CHECK alerts were presented as BOK-EH-COCK which failed to convey the gravity of that particular process.


The final straw came during a pop-up inspection when USE THE WINGS turned up to PE, which was expected, with the message WEEING TUSH, which was not. Pupils took advantage of the ensuing chaos and overall an unsatisfactory hour of physical learning was presented to the inspectors.


Their report recommended removal and destruction of the devices as they did not promote the appropriate values. However, they are difficult to catch and seem to be multiplying.


You can see Alban Low's artwork in the Hospital Bridge Road Tunnel beside the River Crane at #unsettledgallery No.10. If you can find it then you can take it home, or perhaps you will leave it for someone else to discover. The River Crane runs through the slim woodland and pasture area of Crane Park in Twickenham. It is managed to encourage wildlife, Marsh Frogs and the scarce water vole breed on the banks of the river. You can also find important industrial archaeology with relics from the Hounslow Gunpowder Works (1760s) at the western end of the park. 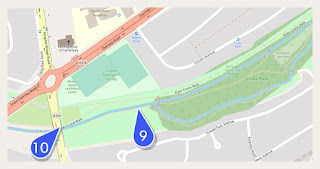 Alban Low is involved in many creative projects, these include album artwork, publishing chapbooks, making films, maps, conceptual exhibitions, live performance and good old drawing. He is artist-in-residence at the School of Nursing, Faculty of Health, Social Care and Education at Kingston University and St George's University of London. Low spends his evenings in the jazz clubs of London where he captures the exhilaration of live performances in his sketchbook. On Wednesday evenings he sketches the performers on the radio show A World in London at Resonance FM. This year Alban is working on a walking project about London Musicians from the 1920s-1940s.
http://albanlow.com/ 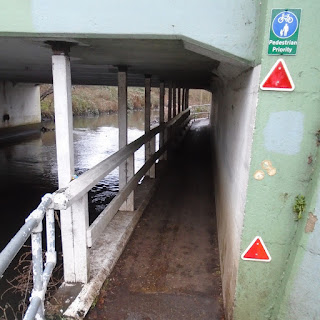 Don't forget to submit to our next exhibition. The Art of Caring is accepting submission until the 7th April 2019. More at http://collectconnect.blogspot.com/p/submit.html

Posted by Collect Connect at 02:00