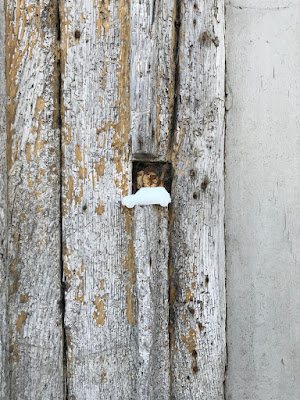 Road-Fever I must down to the motorway, to lie on the tarmac stretchWith the willowherb and the groundsel weed and the pinky-purple vetch.And all I ask is another night with the sound of the engines bayingAnd the lights’ smear and the horns’ blare and the radios playing. I must down to the roads again, to walk the crazing lines,And all I ask is to resurrect and stand the fallen signs:Yellow diamonds, circles of blue and red triangles,Now-Delphic marks lying beneath ivy’s strangle. I must down to the roads again, to sit in the rusting wrecks,And long again for the window’s rush of air upon my neck.And all I ask is the slap of speed, and the road fast disappearing,And my hands on the wheel as I overtake, and my destination nearing.​Natalie Low

more substantial
than it is itself.

Can it survive the heat
of Britain in the 21stcentury?
The heat
of a hot summer’s day? –
a nice car like that?

I’ll drink to that!

Is it ice
for a reason?
Or ice
for the season?

And no longer British
but German –
not British!
that’s germane.

Is it just another thing
that’s melting away?
No longer British –
even by name?

Is it no longer British?
That’s a shame.

I’ll drink to that! 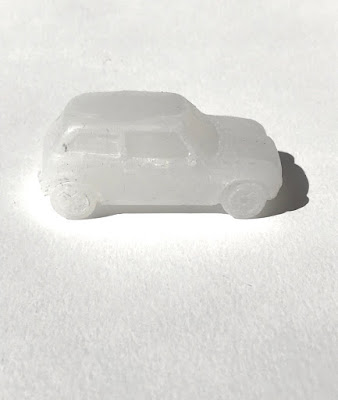 Amilia Graham is interested in the way capitalism informs relationships between humans and nature. She works across all different mediums, but is primarily drawn to time-based practices such as writing and film. Her research draws from psychoanalysis, film theory, feminism and Marxism. She has completed a foundation in art and design at Central St Martins and will soon begin a degree in fine art and history of art at Goldsmiths. See www.amiliagraham.uk and Twitter @AmiliaGraham

Natalie Low enjoys putting words on paper and believes that everyone has a book of some sort inside them. She has published two chapbooks, Dementia (2015) and School Run (2017). She is a regular contributor to CollectConnect exhibitions, both as a writer and artist/maker.

​Phill Barrett taught art for 27 years, then retired to his home county of Norfolk where he concentrates on writing. He teaches creative writing, in schools and libraries across North Norfolk. He has won prizes and commendations in national competitions, and has been published in anthologies including In Protest: 150 poems for Human Rights (2013), Word Aid Anthologies Did I Tell You? (2010), and Not Only The Dark (2011), the Ink, Sweat and Tears webzine, and Poems in the Waiting Room in 2016 and 2019. In January 2017 he published a book of poems, Writing Me, about growing-up. ​​
Posted by Collect Connect at 05:49