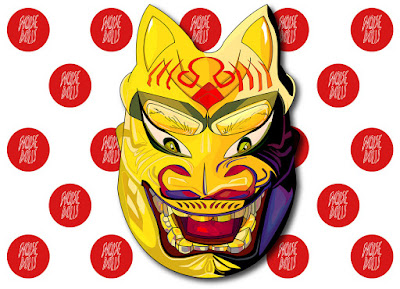 Noise_Dolls Zine 006 [NDZINE:006] open call out.
Noise Dolls is a printed art zine, featuring a variety of contents from emerging and established artists. 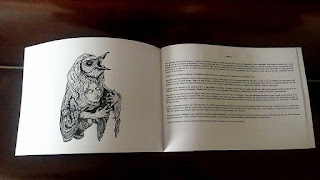 Noise dolls are looking for content for its Autumn/Winter Zine.
So if you’re a, photographer, fine artist, poet, graphic artist, creative writer or just a funky and quirky maker and shaker then get in touch!
Our content broaches a variety of mediums, and the best thing is the zine is completely free to submit to. So there's no reason not to ping us an email and if we like your work we’ll run with it!
We also offer advertising space for a crazy small fee. So if you’re also interested in advertising anything from, shops, events/happenings, workshops, exhibitions or gigs etc then get in touch.
This issues theme is "Light and Shade", interpretations on or around this theme are welcome.
We are looking for a cover artwork for this issue. The selected artist will receive a modest commission fee.
So please get in touch with your submission and a small artist statement about the work. Please upload your images in a Jpeg format.
To purchase a copy of our latest issue for only £2.00 visit the link below.
noisedollsmixtapes.bandcamp.com/merch/noise-dolls-zine-004-ndzine-004


Get noisy about us, and spread the word.
Follow us on Facebook
facebook.com/noisedolls
We're dying to know what you think about our work so please get in contact with any suggestions or comments.
We'd also love to hear from you if you're interested in getting involved with the Zine - write an article, design the cover etc.

Get in touch at noisedolls@hotmail.co.uk

Deadline early January 2016 but may close earlier due to demand

Posted by Collect Connect at 01:29 No comments:

There are often stories in the newspapers about cleaners at major art galleries throwing away priceless modern art because they not whether it is rubbish or priceless rubbish. I like the current art trends that give me a better grip of reality, once upon a time I dreamed of dripping fantasy worlds but now I want the taste of steel and to hear the reverberations of urban sounds in my art. Many of these artworks can be easily mistaken for everyday objects and of course our newspapers love nothing better than to ridicule this supposedly lazy approach to creativity.

Part of the enjoyment of art is the detective work that's needed, finding out about the artist, their context historically. Inevitably you start to look at the world around you in a different light, even finding meaning in objects and moments that you once thought were arid wastelands. Such is the power of Peter S Smith's map "Seventeen Mundane Moments In Tate Modern". It is both a work of art in its own right but also a route to discovery.

Here is a map that allows you to look at the world that surrounds some of the most iconic artworks in the world. Don't think about the Tate Modern as a landmark, think of it more as a dirty mark on the table cloth of London. Its blemished surface reveals as much about us as individuals as it does about the way art has evolved in the past 50 years.

Earlier this year we held an exhibition of artists' maps at the Sunbury Embroidery Gallery in the beautiful setting of the Sunbury Walled Garden. Ten artists created maps which could be walked throughout Great Britain. Some were factual, others conceptual but most of all they gave us a new perspective to the world outside if we chose to follow the artist's instructions.

All of the maps are published by Sampson Low Ltd and can be bought for as little as £2. One of the criteria for the commissioned maps was that they should be affordable to all. The artists were asked to consider 3 criteria; their map should be set in the real world, somewhere in the UK; that it should include a route which could be walked and the walking of the map shouldn't cost more than £10 (train fares, entrance to museums, lunch).
My pledge to the artists for giving us such a wonderful array of creative cartography was that I would walk all their maps in the months to come. Here is my route through Peter S Smith's map "Seventeen Mundane Moments In Tate Modern". It covers the stairwell that runs down from the 6th Floor until it's final destination in the famous Turbine Hall. Along the way you've got to keep your eyes peeled, find these little mundane treasures and make up your own stories about them.

As I walked through Peter S Smith mundane world we poked fun at the art world and revelled in its power too. As we found each mundane moment we couldn't help but look like a couple of idiots as other people walked past but there were more than a few art lovers who eavesdropped on our conversations, hoping to snaffle an invaluable titbit of artistic insight.

I hope you enjoy walking Peter S Smith's map as much as I did, it reflects a very British wit in its attention to the oblique and darkly humorous. What I enjoyed doing most of all was creating imaginary artists who made these undiscovered works, their titles and hidden meanings. The hole of Mundane Moment number 14 was a favourite, a solitary bright socket looking out at you, like a camouflaged Moby Dick in the handrail of the Tate Modern.