Alban Low's second sculpture, I would prefer a fair trial, under the shadow of the noose, is skulking in Whiting Street, words by Amilia Graham and Tim Welton. 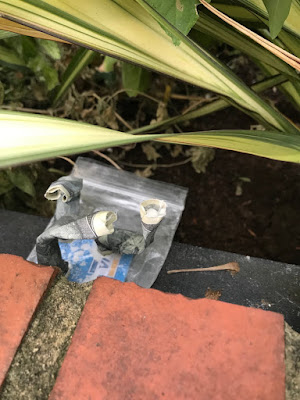 In the whites of the eyes-
I have seen them in your eyes.

Hold them inside, under the skin.
Let rot.
Go stale.
Let them in. 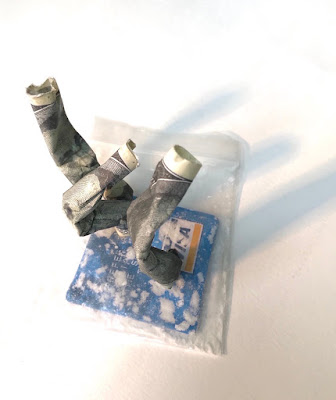 Alban Low is involved in many creative projects including album artwork, publishing chapbooks, making films, maps, conceptual exhibitions, live performance and good old drawing. He is artist-in-residence at the School of Nursing, Faculty of Health, Social Care and Education at Kingston University and St George's University of London. Low spends his evenings in the jazz clubs of London where he captures the exhilaration of live performances in his sketchbook. This year he is working on a walking project about London Musicians from the 1920s-1940s. In 2018 he spent a week at grove with Kevin Acott where they published two chapbooks. See http://albanlow.com

Amilia Graham is interested in the way capitalism informs relationships between humans and nature. She works across all different mediums, but is primarily drawn to time-based practices such as writing and film. Her research draws from psychoanalysis, film theory, feminism and Marxism. She has completed a foundation in art and design at Central St Martins and will soon begin a degree in fine art and history of art at Goldsmiths. See www.amiliagraham.uk and Twitter @AmiliaGraham

Posted by Collect Connect at 10:01